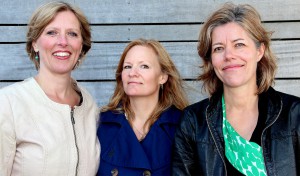 A concert with Sophisticated Ladies gives an extraordinary experience – seriousness, humour, engagement and musical exuberance are the keywords for a musical adventure that brings forth both tears and laughter.

As well as working with the standard material in jazz all members of the group are also composing and arranging for Sophisticated Ladies.

Sophisticated Ladies has just released a new CD “TRIO” with original compositions and arrangements, which have led to this 5-star review

“… this (CD) stands out. It has a clear style and mood, compelling communication, and there is something light and bright and naturally Nordic about the enterprise. Marie Louise Schmidts “Lunch Break” is a cheerful and fancy tune, delivered in a lively and catching way. It is followed by Helle Marstrands “Hope”, which suddenly reminds us how rarely you are presented to a real melody nowadays, – a complete beautiful ballad. In addition, the composer in her solo playing shows that she has studied with the great Niels-Henning Ørsted Pedersen. Benita Haastrup understands to communicate the right atmosphere in her “Dance in the Northern Summer Night ”, and so is the trio’s version of the folk melody “Vort modersmål” (“Our mother tongue”) – absolutely charming.” 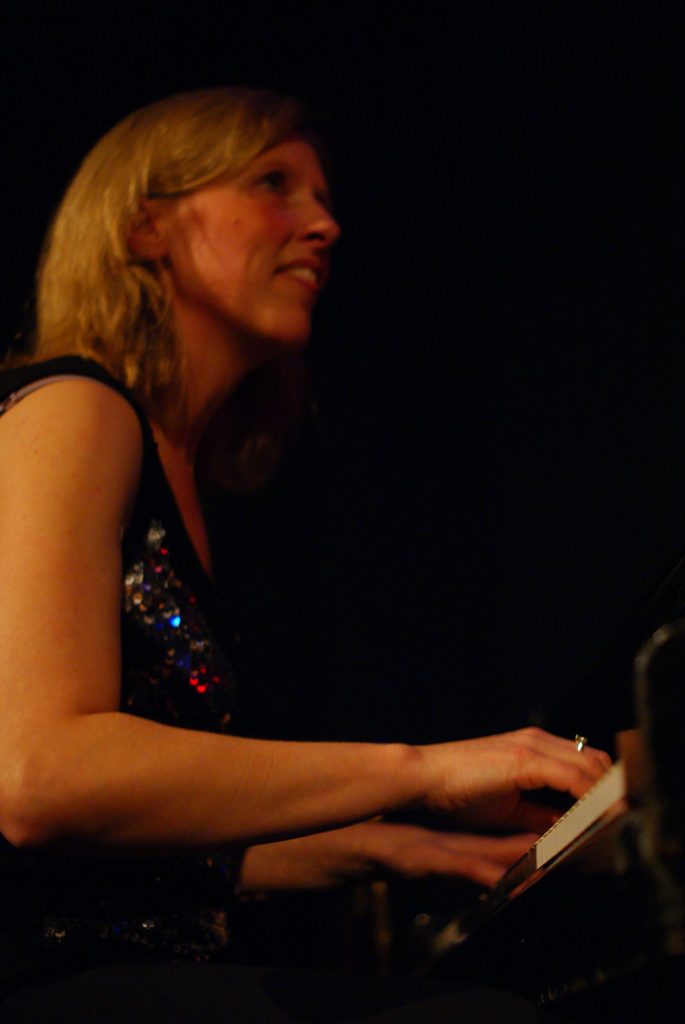 Sophisticated Ladies is and has always been a strong color on the Danish Jazz Scene.

Drummer Benita Haastrup has received the prestigious Ben Webster Prize. We all studied at the The Rhythmic Conservatory in Copenhagen where we met and began our musical journey together.

“Copenhagen Jazz House” – 20th March 2011:
It was a constant pleasure to experience pianist Marie Louise Schmidt, bassist Helle Marstrand and drummer Benita Haastrup, who have worked since 1987 under the name of Sophisticated Ladies, and who have meanwhile journeyed up to join the jazz super league.

“Metropol” in Hjørring:
They live in this glorious mature age, where there is peace and happiness in all notes played to the
point where non-jazz fans bow down and clasp their hands with joy in deep admiration following
each solo venture set within beautiful arrangements.

“JIVE” in Vejle:
Sophisticated Ladies have played together for 25 years, and that shows. The mature material forms
part of the backbone comprising a firmness enabling the musicians to embark on interesting
detours. It made the concert a most satisfying experience from start to finish.

After all, many people are familiar with “Caravan,” “In A Sentimental Mood,” and Ellington’s other masterworks. Most will be looking for something new.
The Sophisticated Ladies offer up 10 clever and fresh versions of Ellington, handing much of the melody work to Christina Dahl’s lively, breathy saxophone. Her loose playing style gives many of the tunes a relaxed feel and, backed by the innovative drumming of Benita Haastrup, may cause you to fall in love with Ellington’s music yet again.

You may also fall in love with these ladies, who play with confidence and ease. They’re so comfortable playing on this studio date that it feels like something taped before an appreciative crowd.

Though the band comes at Ellington though the blues, Dahl and Schmidt can kick out some wonderful bopping scales that compliments their music. Adding Haastrup’s often funky drumming makes for some surprising twists on familiar tunes.

Highlights include Dahl’s improvisation on the melody of “In A Sentimental Mood,” using an amazing vibrato to add dimension to her performance; Haastrup’s beginning to “Very Special,” which gets the whole band rolling in a groove; and the opening lines of “I Ain’t Got Nothing But the Blues,” which captures the mood of an after-hours, smoky lounge band.

Schmidt uses rolling arpeggios for “Come Sunday,” adding a taste of Southern gospel, contrasted by her Ray Charles-ish opening to “The Shepherd,” which follows.
Stripping Ellington down to a four-piece band may limit the sophistication possible, but the Sophisticated Ladies show just how strong the music can be. 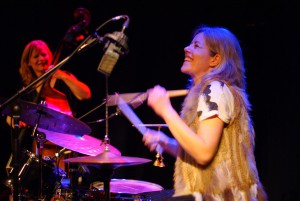